Its Been a While!

Well I haven't had much to say for a while, but I'm still here. A week and a half into lockdown and I managed to sprain my ankle, which left me immobile for nearly three weeks. However, I am now walking about in a fashion, as it's not right yet. Nevertheless I have managed to record 70 species around my garden or within a short distance on foot from home. I was quite surprised at how many common warbler species can be found on the outskirts of Earl Shilton. I have found over 20 Whitethroat territories, seven Lesser Whitethroat, many Blackcaps and also Reed and Sedge Warblers. Willow warblers are in short supply though - just one pair found.

Today I collected the memory card from my trail camera. I left it at the farm on March 21st, so it was going to be interesting to see how long the batteries had lasted. Checking the card I could see the battery failed on April 16th, which means it lasted 26 days on a cheap set of AA batteries and the camera took over 46,000 photos. Most of the photos were of corvids, but it did capture some gulls. Nearly all the gulls are young Herring Gulls, but it was interesting to see that sightings tapered off in early April. However, today at least 50 Lesser Black-backed Gulls were there and that gives me more hope of recording colour-rings. I also moved the camera today, so fingers crossed. 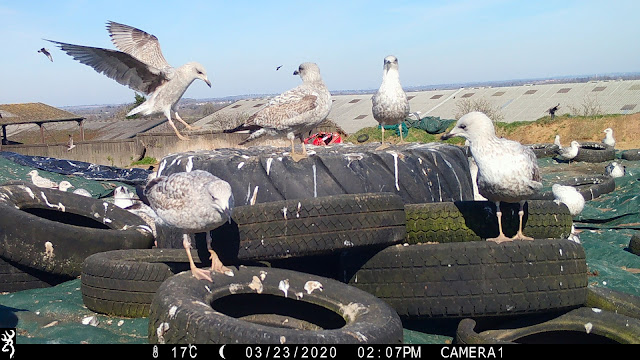 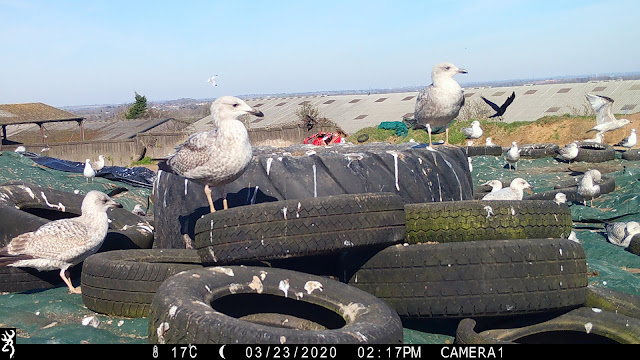 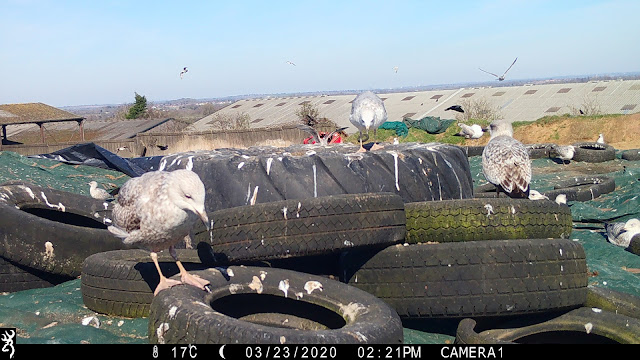 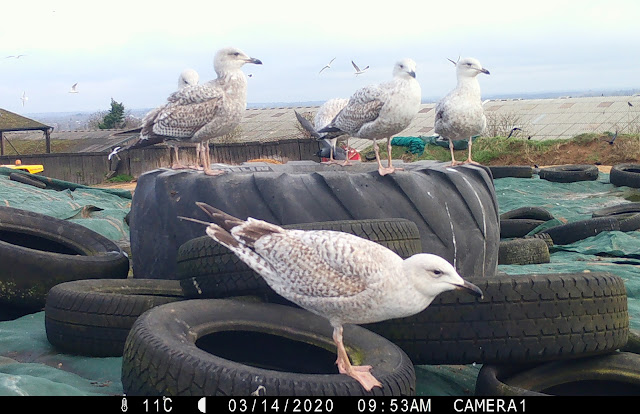