The Easiest Twitch Ever

I am a bit slow off the blocks these days when collecting new British Ticks. I had seen a sickly Blue Rock Thrush at Hemel Hempstead many years ago and I missed a good one on the Scilly Isles by a day, so when one turned up in Stow on the Wold I was not really that tempted - that much! I was a bit fed up last Sunday due to the weather, so I decided to have a ride down to the Cotswold's in search of a bird that was confusing the yellowy coloured Cotswold stone for a rock face in the Med.

It took just over an hour to get there. I walked into the Maugersbury Close and soon spotted my target perched on a roof top. No wait for hours to see this bird. After a couple of minutes it flew off and didn't reappear. I was back home almost before anyone knew I gone.

The light was terrible, so I videoed it.

I was looking forward to today's session as Steve Nichols had seen two adult Glaucous Gulls yesterday on the tip. He had managed to distantly view the landfill area from the small lane on the north side.

The weather was against me at first with fog making viewing difficult. As it began to clear I spotted a juvenile Glaucous Gull distantly, but soon lost it as the gulls took to flight. I re-spotted it several times before it came close enough for a record shot. It appears to be another new one, as last week's Glauc was really dark whereas this one was a typical biscuit brown.


At the same time as the juvenile Glaucous came close so did the regular juvenile Iceland Gull.

After taking record shots of the two gulls above I began to scan through the gulls on a raised plateau situated about another 100 metres behind the main flock. Amongst them was an adult Glaucous Gull. It may have been last week's colour-ringed one, but its legs were hidden in a rut. It was too distant to photograph well, so I didn't bother trying

Four Caspian Gulls were around too. Three first-winters and a second-winter.

The Vikings Have Arrived

Over the last week I have seen not one but two Glaucous x Herring Gull hybrids - aka Viking Gulls. Both in the Shawell area.

Both were structurally very similar to Glaucous Gulls - large size, shortish primary projection and large bi-coloured bills. The first one, a first-winter, was a large gull with pale buff upperparts and greyish brown primaries. It had a full greyey brown tail band, which is not that common, but certainly not unprecedented for this hybrid type. The other was a second-winter. When I spotted it it was facing head on and I thought it was a Glaucous, but as it turned sideways on I could see its primaries were not right - too dark. 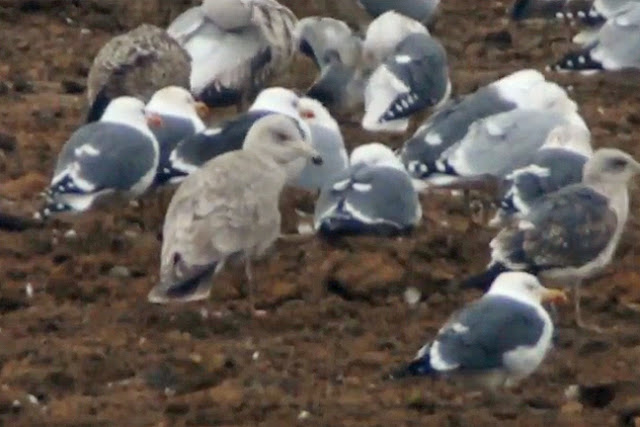 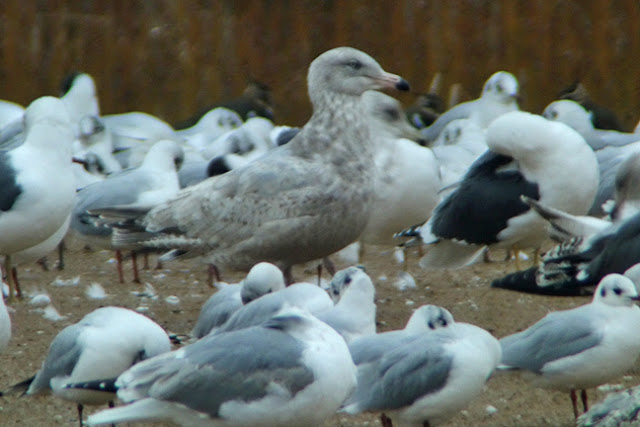 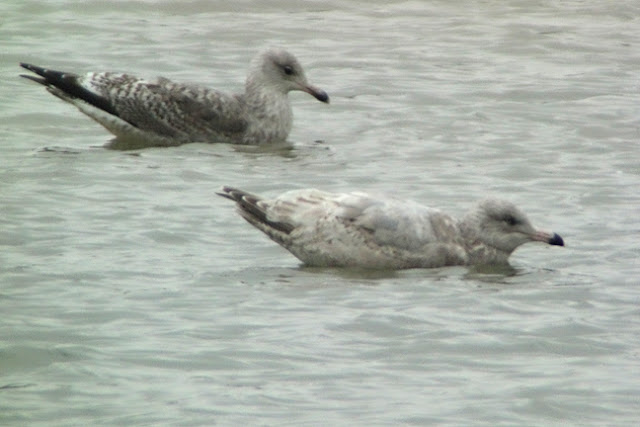 Posted by Carl Baggott at 22:05 No comments:

He who dares wins!

Today was bitter cold and the light was terrible, but still I headed to Shawell. I had arranged to meet a friend there, so I had to turn up.

I was there first and started to search through the gulls. Initially there was nothing of note, but a juvenile Iceland Gull flew in followed shortly after by a new juvenile Glaucous Gull. The Glaucous Gull was quite a dark individual and obviously different to the three others I've seen this year. The Iceland Gull appeared to the same juvenile that I saw in January.

When Tim arrived the two white-wingers were still there. 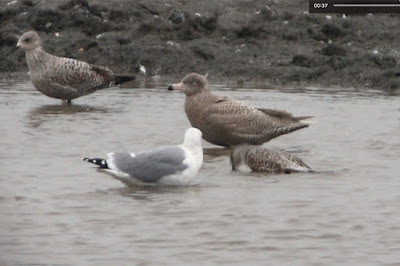 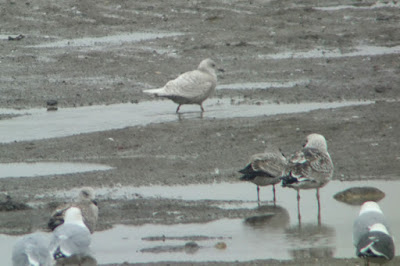 Mid-morning I spotted an adult Glaucous Gull and I was surprised to see that it was colour-ringed. Reading the orange ring was very difficult. I knew from the ring that it was a North Thames Gull Group bird. Eventually I managed to read G1NT. It was ringed at Pitsea Landfill Site, Essex in 2015. There are also sightings of this gull from Northamptonshire and Cheshire. 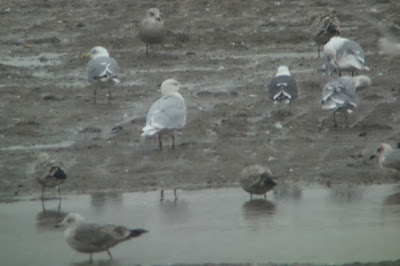 Posted by Carl Baggott at 21:17 No comments:

A Video of the Gulls From Herastrau Park Bucharest

I have finally got around to editing some of the video I shot during my trip to Romania.

This was recorded through my scope - enjoy!

So far this month I have seen at least eight different first-winter Caspian Gulls at Shawell. It is interesting that Caspian Gulls seem to arrive in small groups of the same age. Below are a selection of the first-winters I've seen. Only one has moulted many of its coverts. In Bucharest the majority were further advanced with their covert moult than the ones I'm seeing at Shawell. The brown closed wing formed by the solid brown coverts makes these first-winters distinctive.

I still wonder whether the increased number of Caspian Gulls I'm now seeing is a result of a real increase or whether I'm just better at picking them out nowadays? 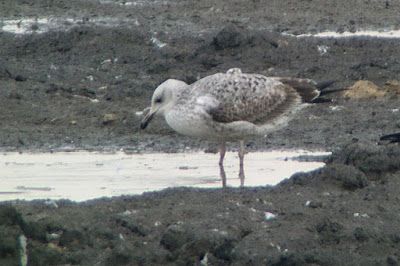 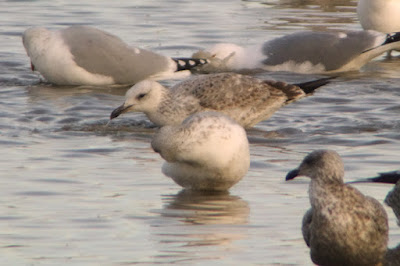 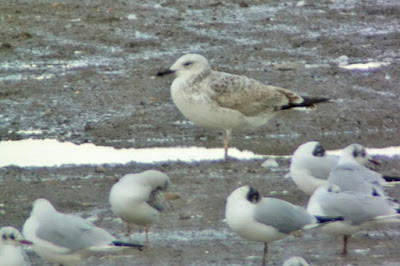 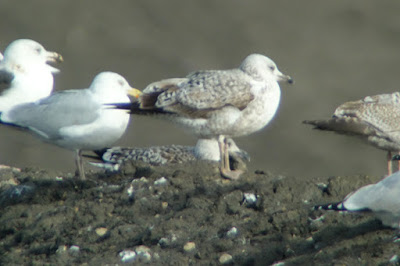 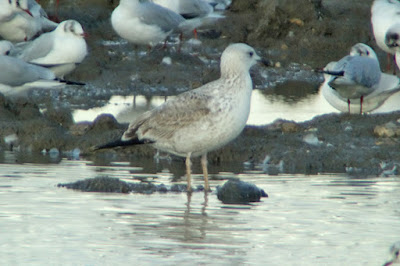 Posted by Carl Baggott at 19:42 No comments:

Another Good session at Shawell

This morning thousands of gulls were loafing around in the sand quarry. Amongst them were four Caspian Gulls and a splendid adult Iceland Gull.


The gulls disappeared mid-morning, but luckily they returned in the afternoon and Steve Nichols spotted the juvenile Glaucous Gull that was present last week.

Posted by Carl Baggott at 22:12 No comments: