It's been an odd spring. At times the local birding has been first rate, but at other times a bit poor. I'm not on my own in thinking that the recent unsettled weather might have grounded a few more migrants. It's not too late though and I can't complain too much really as I've seen two Wood Sandpipers, two Bar-tailed Godwits and two Whimbrels locally plus the splendid Grey Plover at Brascote Pits. It's more of a case of trying to work out the optimum weather conditions.

The Whooper Swan was still at Shawell A5 Lagoons yesterday, so I took the opportunity to photograph it with my DSLR. It was a good job I did because it looks as though it has moved on today. 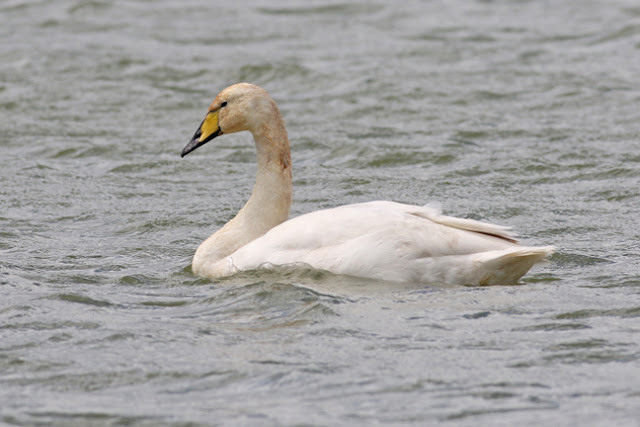 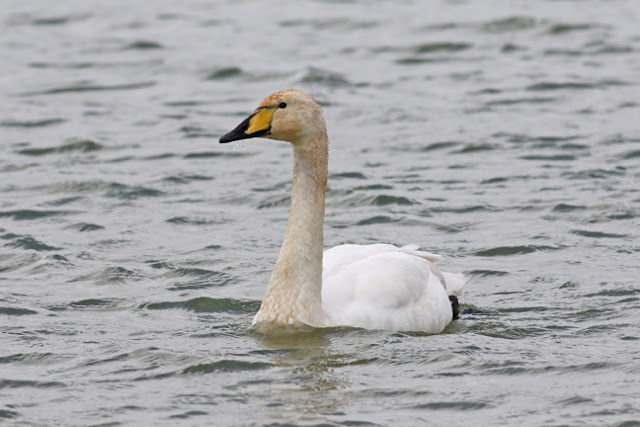 At Stanford Res yesterday it was generally quiet apart from an immature White-fronted Goose and a very showy Hobby that was hunting insects above the reed bed on the Leicestershire side. It was difficult to get a good photographic opportunity, but I did grab a record shot of it. 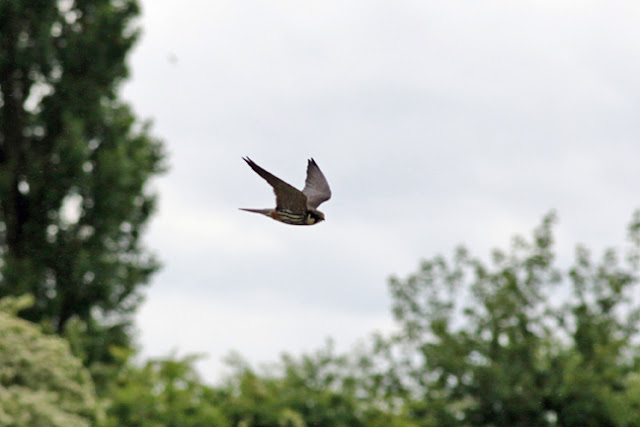 Posted by Carl Baggott at 17:06 No comments:

Another South-West Leicestershire Tick and a Bonus Wader

Steve Nichols sent me a text this afternoon to say a Whooper Swan was at Shawell A5 lagoons. I rang Dawn and told her to cook tea on a low light, as I would be late home from work. The swan was tucked up in the corner of the furthest lagoon, but I got reasonable views through the hedge along the side of the A5. This is a local area tick for me.


A few gulls had gathered on the bank between the lagoons and amongst them was a second-summer Yellow-legged Gull. I scanned the shore hoping that a wader had dropped in, but nothing was doing. I walked the short distance between the viewings points and thought about packing up. I had just one last scan as always and this time I was in luck! A smart Wood Sandpiper had appeared.

I walked along the footpath which runs along the side of the lagoon and managed to get close enough to get some good quality video.

A County Tick and a Local Area Tick in One Weekend

The weekend started well when I found a Whimbrel in a field in the west of Leicestershire. I then made my way over to Stanford Reservoir where a nice gathering of waders was present although most of them were in Northants. My phone rang as I was scanning for new birds: it was Dave Gray calling to let me know that a Great Reed Warbler was at Albert Village Lake. The only record of this species in Leicestershire & Rutland was way back in 1963.

I made my way back along the Northamptonshire side of the reservoir stopping to admire a subtle looking second-summer Caspian Gull. Stanford Res. is not the best place to be when heading for Albert Village Lake, but it didn't take too long to get there with the help of the M1.

The Great Reed Warbler was very vocal, but elusive wasn't the word. After about three hours I managed to get one brief view of it. I don't think anyone else did much better than a brief view.

On Sunday morning I announced to Dawn that I was going out to find a Grey Plover for my 'South-West Leicestershire List'. I missed one last year at Brascote Pits when I was on holiday in Portugal, so I needed to make amends  Things didn't go quite to plan, as it was actually Adey Baker who saw the it first. Adey called Grey Plover and I was on it about a second later. We had been grumbling about the lack of good birds at Brascote these days, but we shouldn't lack faith! I was really chuffed to see another good wader species in the area some describe as the desert of Leicestershire.