The last day of 2018 and the last chance for another 'white-winger'. I was working this morning, so Steve Nichols was holding the baton at Shawell. A text mid-morning from Steve showed a photograph of a dainty little Iceland Gull - he'd done it!!

2018 has been a great year for 'white-wingers' at Shawell. The final score is 14 Iceland Gulls and 7 Glaucous Gulls.

I couldn't resist going over after work and luckily Dave Scott, Rod Baker and myself managed to see it. 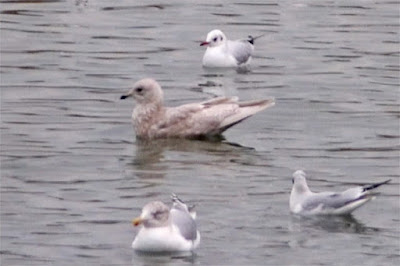 It can be aged as a second-winter, based on the slight grey tinge to the mantle and palish eyes.

Another Glaucous Gull at Shawell

An adult Glaucous Gull roosted at Draycote Water last night, so I was hoping that it would put in an appearance at Shawell today. There were so many gulls that it was difficult to know where to look. I called for reinforcements and Steve Nichols answered my call. Together we searched until eventually we spotted the adult having a wash and brush up.


Amongst thousands of Herring Gulls I located 14 Caspian Gulls including some handsome adults.

Whilst packing away to leave, I spotted a 'white-winger' amongst a flock of gulls that had come from the tipping area. It was the second-winter Glaucous Gull that I saw yesterday. The uneven primaries help to age it as a second-winter - a juvenile would have uniform primaries. Yesterday I saw that its eyes were becoming pale. 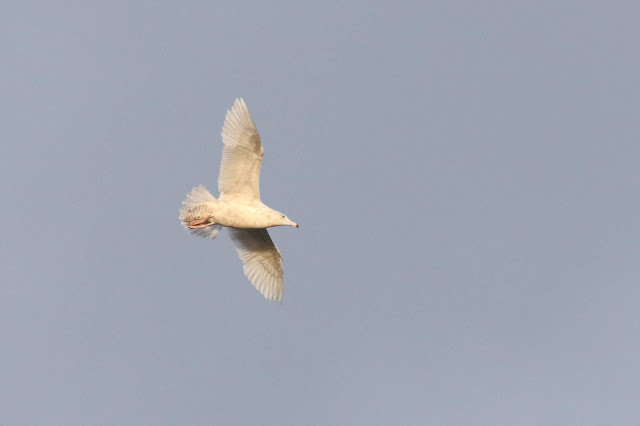 Posted by Carl Baggott at 17:16 No comments:

I always try to get one gull watching session in just after Christmas when the tip is working. Lots of Christmas dinner was being delivered to the gulls today at Cotesbach landfill judging by the whiff coming from the dustbin lorries as they passed by.

I am watching from the gateway along Gibbet Lane, which overlooks the flooded sandpit. Some kind person had dumped an old fence where I stand, so I had to move that first. I flushed the nearest gulls on to the water from the bank whilst I was working and I noticed one was very pale. As soon as I lifted by binoculars I realised it was the second-winter Glaucous Gull that has been around recently.

Ten Caspian Gulls today, which was a respectable total for late December.
Posted by Carl Baggott at 19:17 No comments:

Hot on the heels of the recent juvenile Glaucous Gull was another one. Based on how pale it is, I guess it's a second-winter. It was first seen in the roost at Draycote Water and then I saw it distantly at Cotesbach Landfill site last Thursday. It showed a little closer on Saturday when I managed some poor record shots. This makes it six now for the year and 31 in total at Shawell since 2012. 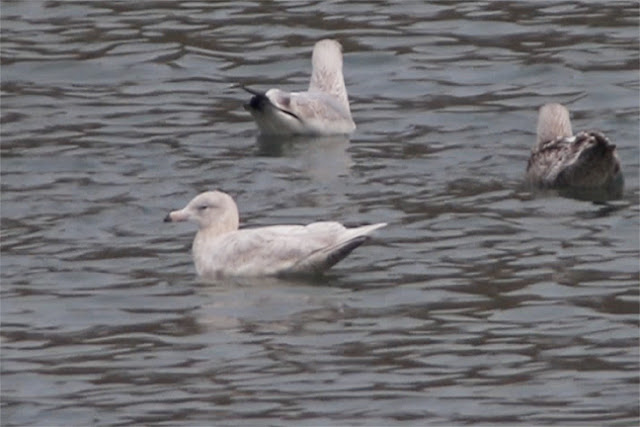 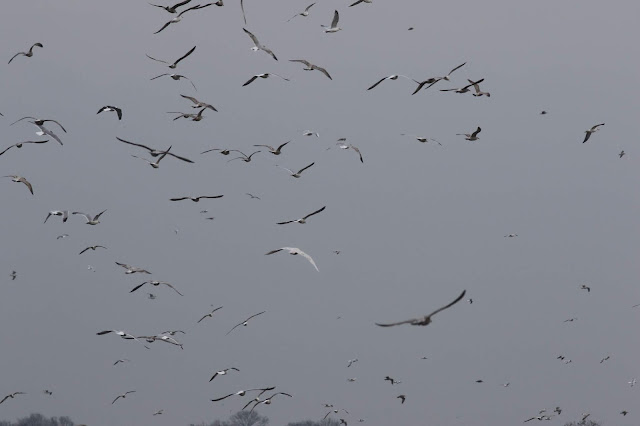 Posted by Carl Baggott at 19:35 No comments:

A juvenile Glaucous Gull, the first 'white-winger of the winter season, was at Shawell today. It frequented the sandpit off Gibbet Lane for much of the morning. 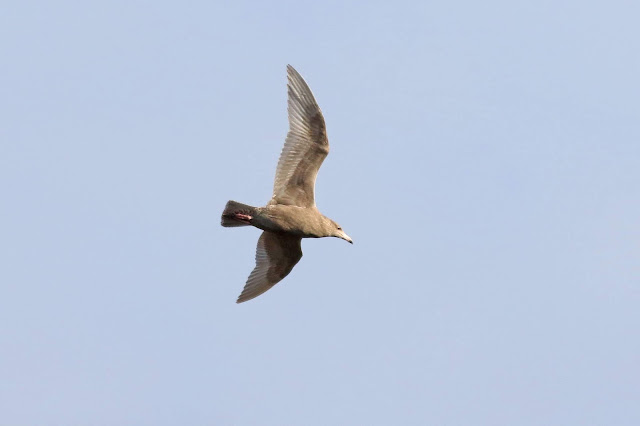 Due to the distance I wasn't able to get any photos of it on the deck, but I did record some video:


In addition to the big 'white-winger', at least five Caspian Gulls were present.
Posted by Carl Baggott at 17:57 No comments: