I'm a bit late posting this, as I've been busy with other jobs since returning home.

At the end of February Dawn and I made another journey to the sunny Algarve. I have now been to The Algarve six times including autumn, spring and winter trips. One of the tasks I have been doing before writing this was to work out my Portuguese bird list. My total is 208 species, with an average of around 125 per trip.

A storm at the end of the trip proved excellent for sea watching. I was able to watch Great Skuas passing along the coast right from my hotel balcony. At Cape St Vincent Cory's Shearwaters were passing by continually and amongst them I counted 20 Great Skuas in an hour.


The following morning after an even stronger blow I picked up 11 Common Scoters passing westwards just offshore at Praia da Rocha. At the eastern end of Praia da Rocha the Arade River empties into the sea. At this point there are two breakwaters and along one of these I found a single Purple Sandpiper. These are quite scarce down in The Algarve, so a good bird to find for a visitor.


Before I set off on my trip I knew that a Sora Rail was wintering near Silves. This is only about 20 minutes from Praia da Rocha where we stay, so as soon as we picked up our hire car we headed to Silves. It was high tide when we got there, so we had plenty of time to kill. Dawn had a look around Silves, which is a splendid old town with a fortified town wall and castle. I spent some time photographing some metal ringed Black-headed Gulls. One had been ringed in Poland and the other at Silves. Eventually the water level dropped as the tide fell and as soon as the mud was exposed out came the Sora. The viewing position is much higher than the riverbed, so it was difficult to photograph well.


We visited the usual spots in the course of the holiday. Salgados Lagoons had been drained of much of its water and so fewer birds were there than normal. In contrast we had a great day near Faro at Ludo Farm and Ria Formosa West. Here we recorded 73 species in the day. The highlights were a couple of showy Glossy Ibis and a female Little Bittern.

I always search the harbour at Portimao for colour-ringed gulls. Since my first trip in 2013 I have been on the lookout for colour-ringed Yellow-legged Gulls from further north in Portugal - the supposed heartland of the sub-species lusitanius. Since 2013 I have actually realised that the breeding Yellow-legged Gulls along much of The Algarve's rocky coast are also of the sub-species lusitanius. On this trip I was pleased to find two first-winter Yellow-legged gulls that had been ringed on Berlengas Island near Peniche.

These first-winter lusitanius Yellow-legged Gulls are slower to moult their tertials and coverts compared to their michahellis cousins. This is the same with firs-winter LBBGs, so identification can be tricky at times.

Another challenge I had set myself was to find a colour-ringed gull there that I'd also seen at Shawell. Well there was something familiar about the code DLDA. When I checked I realised I'd seen this one at Shawell during June 2016. It is a Lesser Black-backed Gull and was ringed as a chick in 2012 in Suffolk.

I'm also always on the look out for one of the Severn Estuary Gull Groups colour ringed Lesser Black-backs. I had only seen one during my previous trips, so I was pleased to find another this time.

The two hour drive to Castro Verde was once again worthwhile. We arrived at the LPN centre just after the sun had started to peak above the distant horizon. Approaching the reserve we spotted Crested Larks frozen to the spot, as they were caught in the beam from our headlights. As we parked up a Lesser kestrel landed in the tree right by our car. It sensed our presence and disappeared as quick as it had arrived. I was surprised to hear many Quail singing, as it was still February.

We set off on the circular walk and found it difficult to avoid standing on the thousands of slugs and caterpillars that covered the path. 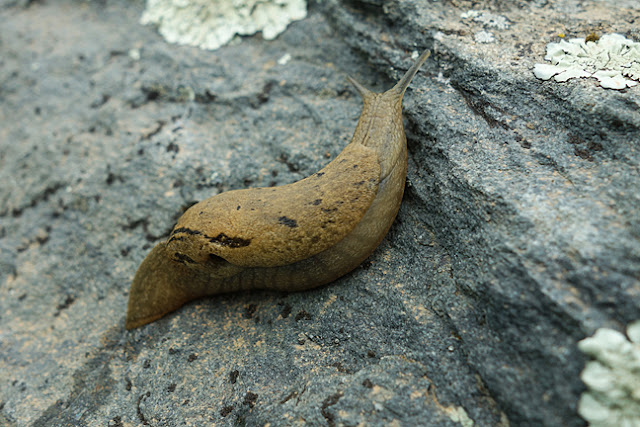 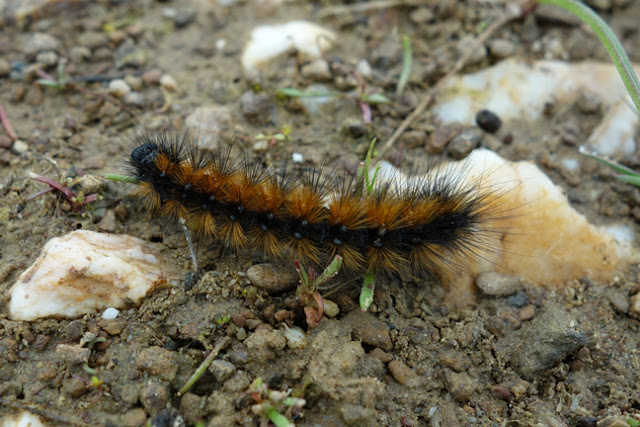 I missed out on seeing a Great Spotted Cuckoo last May, so I was delighted when I saw one flying towards us on this trip. It alighted on a fence not too far away and stayed there for at least five minutes. The caterpillars that were everywhere proved attractive to the cuckoo and in the video below you can see it enjoying eating a few.

Little Bustards avoided us this time, but we did enjoy watching a male Great Bustard displaying.

The video below shows the Great Spotted Cuckoo, displaying Great Bustards and a Lesser Kestrel. Don't forget to set it to HD quality.


I had always wanted to visit Sines on the west coast of Portugal, because of its strategically placed fishing harbour. I did this time, but I was very disappointed. There were few gulls there and the fishing fleet didn't arrive with a good catch to bring the gulls in. I'm sure another time it would be much better. I did enjoy seeing the surfing waves rolling in on one of the beaches near to Sines.


The harbour at Sagres proved better, although the rare gull I hoped to find was avoiding me. I did enjoy photographing a couple of Great Black-backed Gulls there, which was a new bird for Portugal for me.


It felt like spring in the Algarve with Swallows and House Martins already nest building. The White Storks were also on their nests, but they are always on their nest in The Algarve.


The Algarve is a great place for birding and as you can see it has quite a lot of diversity.