A pair of Shelduck at Cotesbach Landfill site yesterday had seven ducklings in tow. Not the 200th species that we still await in South-west Leicestershire, but it was only the second confirmed breeding record for this species in the area. Since I last updated the SWL list there has been quite a few records worth mentioning. As a result I've added all the new stuff to the list - the full list can be found HERE.

Please feel free to point out any mistakes or anything that may have been missed.

Posted by Carl Baggott at 16:34 No comments:

I've just had a splendid week in Scotland with my wife and daughter. We couldn't completely escape the election, as SNP banners and flags were everywhere, but we did our best.

We stayed in a lovely cottage that overlooked Loch Ewe. On the way we stopped at Loch Garten to take part in Capercaillie Watch. It turned out to be a bad decision as far as the Capers were concerned, because the only male that was displaying was hidden behind a tree. Can you year tick one based on seeing it on CCTV camera? However, Loch Garten looked great, both at night and in the early morning.

Anyway, as normal there were plenty of exciting bits including an encounter with a friendly Pine Marten. Lots of Great Northern Divers were on Loch Ewe and at least 20 Whimbrel and a single White-tailed Eagle were also in the area. It was also good to hear so many Cuckoos.

Below are a few of my favourite images:

It' Getting Tough Out There

I've been out checking on the few remaining Corn Buntings at the western edge of Leicestershire. I was shocked to see that at my best site near Twycross the crop had changed from the traditional cereal type to Oil Seed Rape. This is not a crop which is favoured by Corn Buntings more of a cash crop for the farmer I guess. Two Corn Buntings were sitting out on top of one of the plants, but they looked as bemused as I did. Nearby at Appleby Magna I found a singing male and there was still a cereal crop, but much smaller than in the past. At Appleby Magna a pair of both Yellow Wagtail and Grey Partridge were in residence. It was good to see these birds, as even these are getting harder to find now a days.
It's hard not to get despondent with all the changes going on at the sites I visit: Brascote Pits are filling with silt, the embankment at Croft Quarry is becoming overgrown and I'm struggling to get good views of the gulls at Shawell. On the plus side, the pair of Garganey and the two Ring Ouzels at Brascote were great local birds, so all is not lost.
Even my trusty gulls have been letting me down lately and making it hard work to see them. However, I managed to sneak up on a group of gulls last weekend in the quarry at Cotesbach and amongst them was a Norwegian ringed Great Black-backed Gull and also a Lesser Black-backed Gull that was also ringed in Norway. 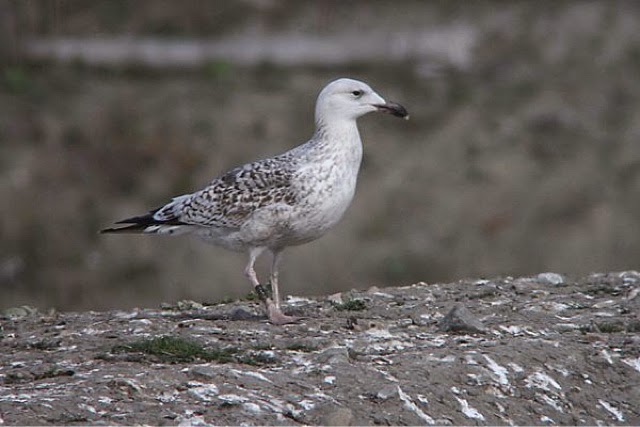 The pools in the quarry are an excellent place to see the gulls up close, but the point where I used to stand has been dug away. The quarry is strictly private and is not accessible without permission. 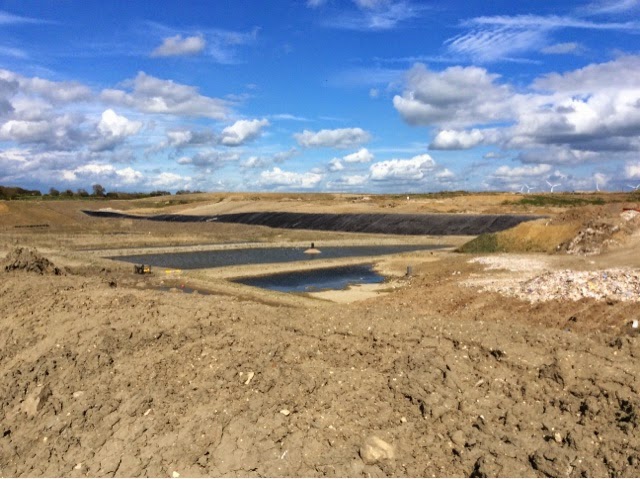 Posted by Carl Baggott at 07:17 No comments: