Back at Shawell it was Quite Baltic

I have only visited Shawell a few times since lockdown, as there has been no weekend tipping and I've been at work in the week. Today I was away from work and so I spent the morning there. The first thing of note was a record breaking count/estimate of the number of Lesser Black-backed Gull. There was a minimum of 8000 probably 10,000. The water levels had dropped and so I was also able to read colour-rings once again. The highlight of the colour-ring birds was a first calendar-year Caspian Gull from Germany - XJNJ.

Whilst scanning through the hordes I spotted a real belter of a gull. Although it is not safe to identify an adult Baltic Gull without a colour ring, this one for me was spot on. It was initially standing sideways on and it was long-winged and elegant. Unfortunately when I attached my camera the bugger turned its back on the camera.

Pro Baltic Gull features include: jet-black upperparts with no contrast between primaries and the rest of the upperparts, long-wings and only replaced two inner primaries. However, no colour-ring no cigar. 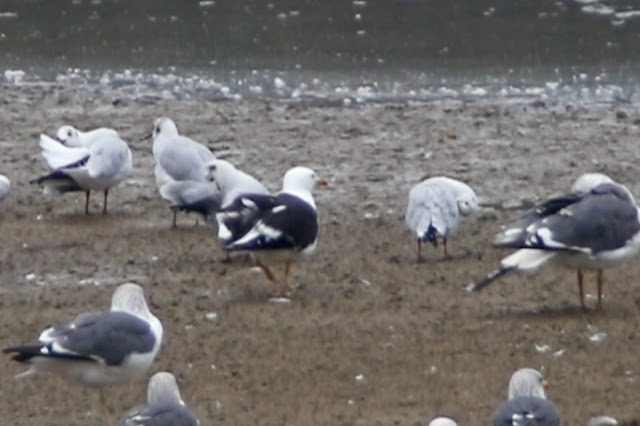 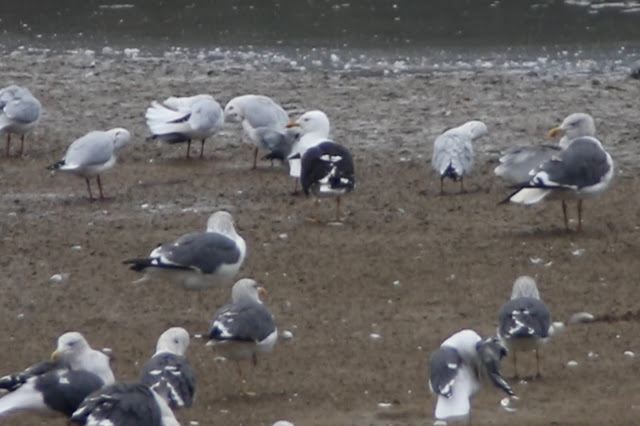 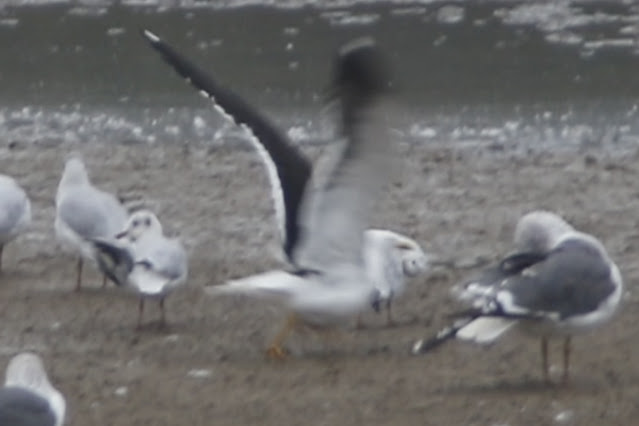 As well as the putative Baltic Gull there were five Caspian Gulls and at least 11 Yellow-legged Gulls plus a Ruff and two Dunlin.

Posted by Carl Baggott at 19:22 No comments: