After finding a couple of Sanderling at Brascote Pits on Friday/Saturday I enjoyed about 18 of them on the beach at Titchwell in splendid sunshine.

There was quite a variety and some looked a little skinny to me. I hope they weren't starving? 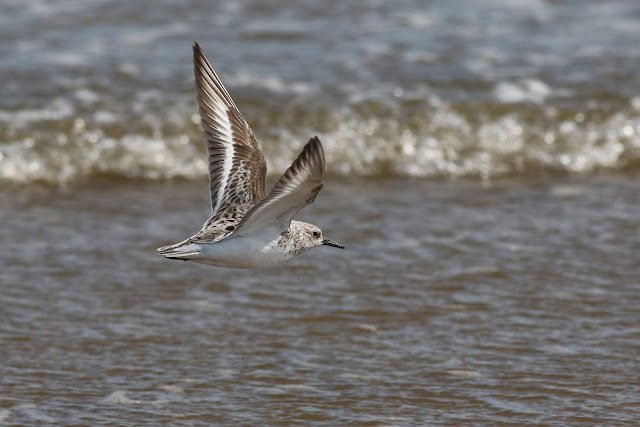 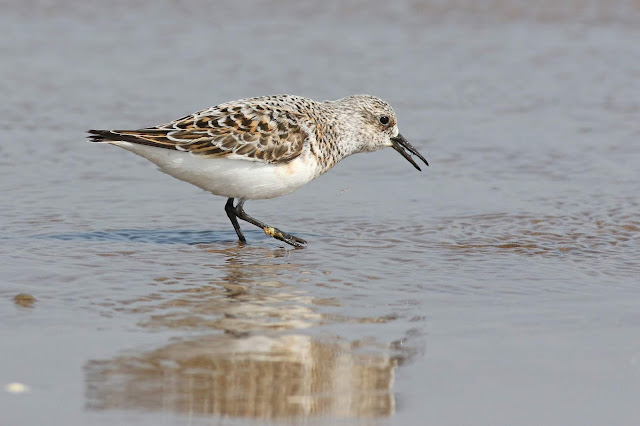 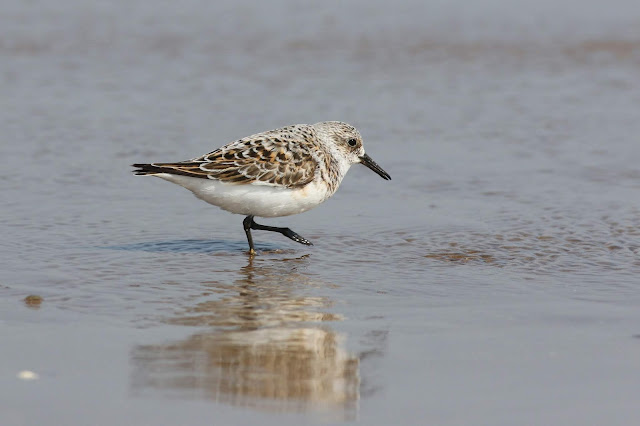 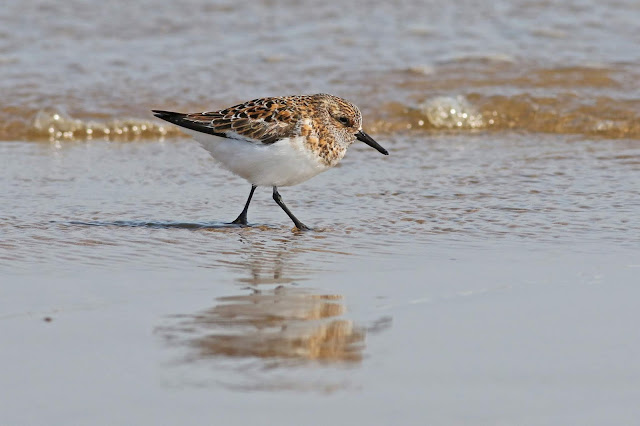 Posted by Carl Baggott at 19:52 No comments:

I have seen a few Sanderlings in the SW Leics area over the years and most of them occurred during bad weather. The weather was very bad on Friday and I had booked the day off work to enjoy a long Bank Holiday weekend. A trip to Brascote Pits in the morning resulted in just one thing - me getting wet.

Later in the afternoon I made another visit and this time I was pleased to see five Ringed Plovers and a splendid little Sanderling. The following morning there was two Sanderlings there and a couple of summer plumaged Grey Plover circled the 'moonscape pool' before carrying on their way north.

Photography was very difficult in the wet murky conditions, but I did get a record shot of one of the Sanderlings.

I was most surprised to spot an Iceland Gull today. The previous latest spring record for Leicestershire & Rutland was May 2nd 1999 - an adult at Rutland Water seen by Andy Forryan.

Steve Nichols had stopped by for a quick chat and just as he was about to leave when I spotted this little beauty.

It was a dainty bird with distinctly pale coverts. It appears very similar to the one last seen on April 25th, The coverts are paler, but there is a mark under the eye that is also visible on the photos I took in April, so it must be the long staying bird. Where has it been hiding, as it hasn't been seen in the Draycote Water roost since the end of April? 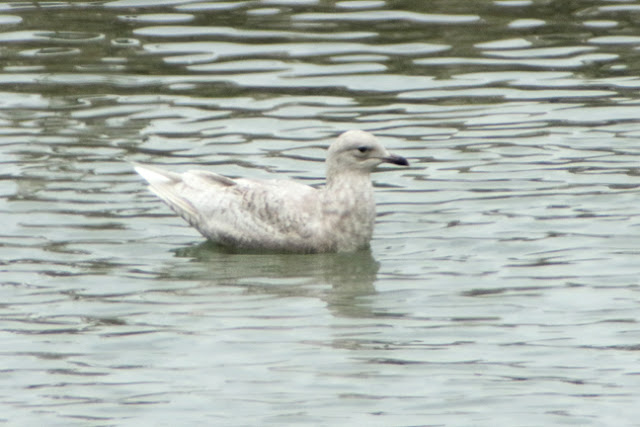 Posted by Carl Baggott at 21:43 No comments: