Christmas Day for the Gulls

With experience I have learnt that once the dustbin lorries start rolling again after Christmas the gulls come to Shawell for their own Christmas Dinner. Today was not exception and many thousands dined out on our leftovers.

With so many gulls it can be difficult to work through them, but after Saturday's Kumlien's Gull, I was hoping for more 'white-wingers'. The gulls had obviously fed well and were not wanting to fly far. They began to concentrate on a close bank, which enabled me to read quite a lot of colour-rings.

It took a while, but eventually I spotted a pale juvenile Glaucous Gull, which eventually gave really good views. A smart adult Iceland Gull arrived a lttle while after the Glauc and made the day complete.

These were the 39th Glaucous and 48th Iceland Gull for the site.

I'll see you all at the site soon - Happy New Year!

Posted by Carl Baggott at 17:55 No comments:

December had on the whole been a difficult month. Most Saturday's the gull had been shunning the sandpit and so most views were very distant. This was particularly frustrating especially after picking out juvenile Iceland Gull on the last day of November.

Today the gulls, filled with Christmas leftovers, were coming into the sandpit. After a flurry of Caspian Gulls I picked up a 'white-winger'. Obviously an Iceland Gull and a third-winter, but dark primary feather markings revealed it was a Kumlien's type. A Grey wash was very obvious on the outer webs of the primaries with the darkest markings being on the longest primaries. Two sub-terminal bars can clearly be seen on what is most likely P9 and P8. Considering the distance this has translated reasonably well in the photographs. The grey was actually more distinct through my scope. 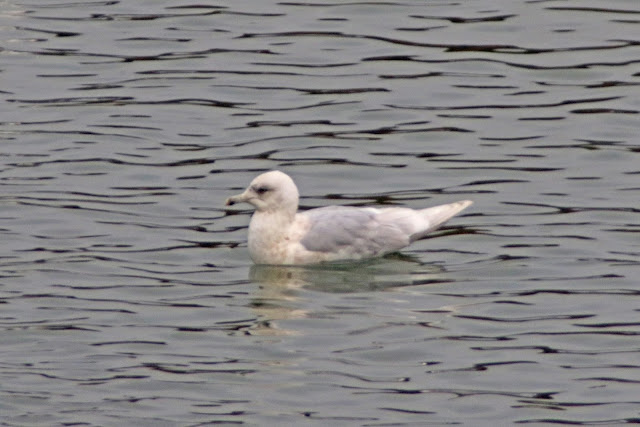 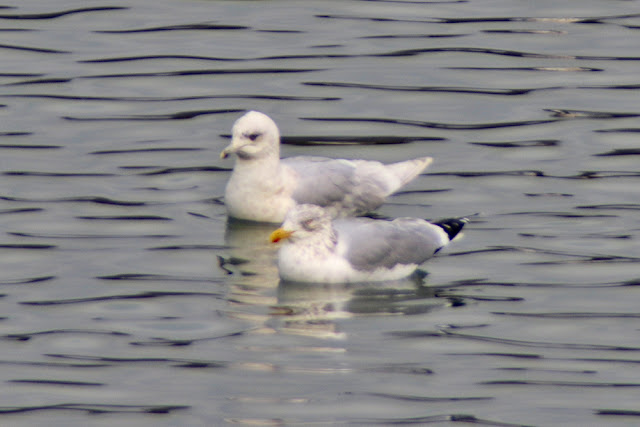 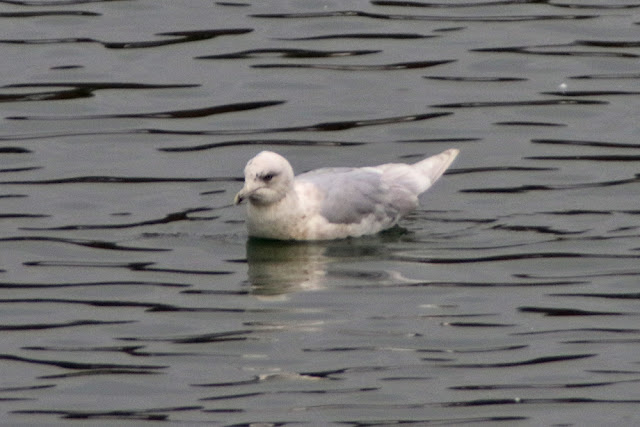 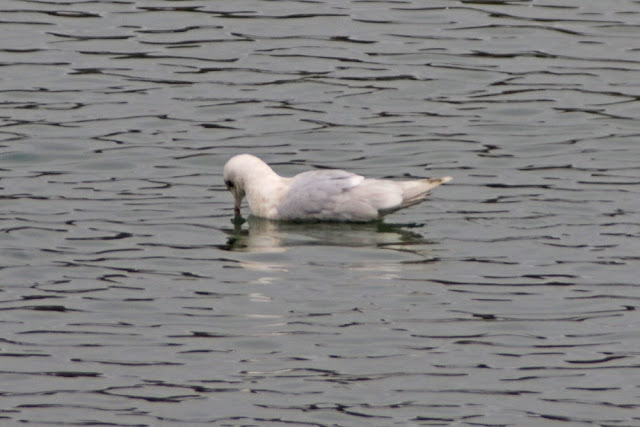 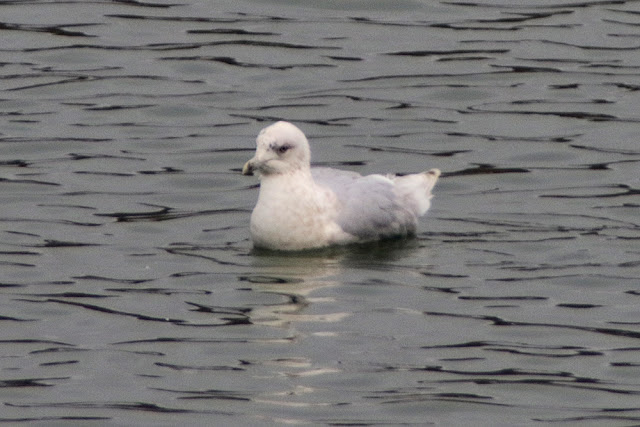 Posted by Carl Baggott at 17:28 No comments: